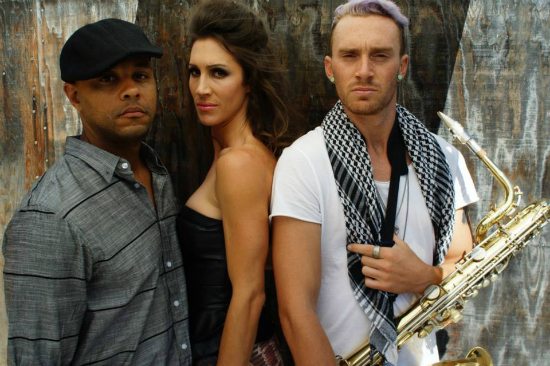 Los Angeles-based trio Memoir describe themselves as an "indie soul band," but that's only a part of the puzzle that is their sound. One listen to their music, and in addition to soul you'll hear blues, funk, rock and pop all shaken and stirred together for an enjoyable musical cocktail.

Memoir is a family affair, with lead singer/lyricist Dena Deadly (is that a rock star name or what?) married to musician/producer Zed Kelley with Dena's brother, songwriter/musician Remington Garner, in the mix and rounding out the group. Together they have already released a self-titled EP in April of 2013, and 2014 sees the band releasing their debut full-length album, Fire In Me, on April 29th.

The singles that have been released thus far from Fire In Me show a growth from the material on the group's EP and continue to showcase Deadly's killer voice (sorry, I couldn't resist). Her tone is amazing and extremely soulful on songs like "Los Angeles," a love/hate letter of sorts to the City of Angels, and the rousing hit 'em up style of "Minimum Wage (The Heist)." Memoir's sounds are retro yet current, their music is lush yet gritty and their songwriting is thought-provoking without being a drag. With this total package thing happening, this good-time gang should be around for a while.