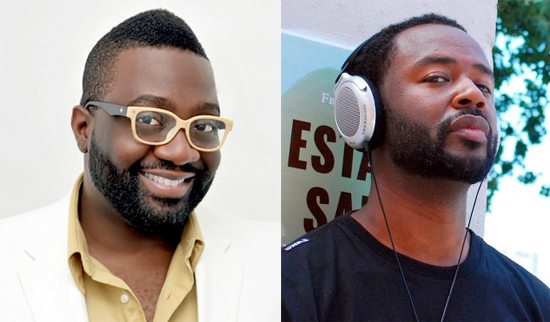 It was three years ago that we named Cleveland P. Jones as our 100th Bounce-Worthy artist in March 2011 thanks to a suggestion from our extended family Ahmed Sirour. Much has transpired during that time for both Cleveland and Ahmed, who have worked together numerous times over the years. To celebrate the third anniversary of Cleveland's debut single "Sensitive," which Ahmed produced, the dynamic duo have hooked up once again to release a remix and EP suite.

This "Sensitive" remix isn't any old run-of-the-mill remix, but it's "The OFFICIAL Ahmed Sirour Remix" and it takes the original ballad to higher heights and the dance floor. Sirour reimagines "Sensitive" with all-new instrumentation and a jazzy soulful house feel giving the song a fresh coat of paint and a second life. This is what the art of remixing is all about.

Listen to a snippet of "Sensitive (The OFFICIAL Ahmed Sirour Remix)," and if you'd like to hear more and own it for yourselves then you can purchase The Sensitive Suite EP from Bandcamp. Included on The Sensitive Suite are the original version, this remix, instrumentals of both and a hidden bonus track. You can't beat that with a bat, but you can own it for the low price of $3.