Did The Roots Give The ‘People’ What They Want? 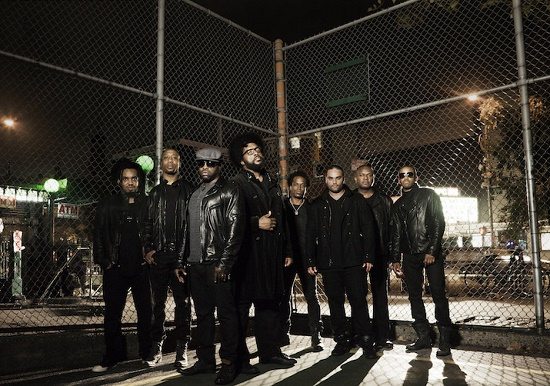 Though they may be better known these days as Jimmy Fallon's house band, The Roots are first and foremost the best band in hip hop. Just in case you might've forgot, the crew is readying the release of their new album ...and then you shoot your cousin. Like its predecessor, 2011 SoulBounce Album of the Year undun, &TYSYC is shaping up to be another concept album. The first taste of the "anti-rap opera" concept is lead single "When the People Cheer." Led by a music box-like instrumental intro, "When the People Cheer" delves into a verse from an as-yet-unspecified rapper and a slightly odd chorus that works (though I can see it becoming grating after a while). Luckily, Black Thought comes through to round out the song with his underrated flow that elevates what is not necessarily The Roots Crew's best outing. Still,  with the amazing work that they did with undun and the slightly racy subject matter that's touched on here, we're definitely interested to see exactly what concept the new album will be tackling.


TAGS:  audio, jimmy fallon", the roots
Previous: Kindred The Family Soul Return With New Album ‘A Couple Friends’ This June Next: Son Little’s Blues Will ‘Blow’ You ‘Away’