El DeBarge Spends Some ‘Time’ With Arsenio Hall & We ‘Like It’ 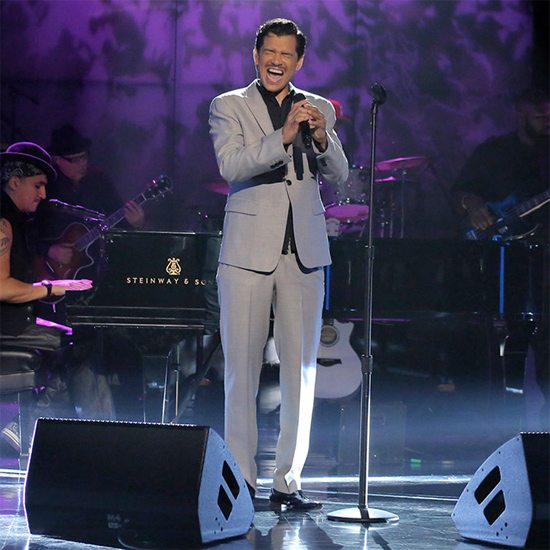 Arsenio Hall had a few guests on his talk show last night, but the only one who really mattered was El DeBarge, who stole the show from beginning to end. El's appearance on The Arsenio Hall Show was just shy of a takeover, which we've recently seen done by Prince and TGT, with two performances and a lengthy interview with Hall.

The festivities started with Bobby Avila of the Avila Brothers tickling the ivories and singing a few bars of El's song "How Can You Love Me" from his 2010 album Second Chance before introducing the man of the hour. DeBarge then strode on stage looking cooler than an iceberg decked out in a white jacket and shades and took over. Not only was El looking fine as wine, but he sounded just as good on "How Can You Love Me" which quickly segued into the DeBarge classic "All This Love."

In between performances, Arsenio interviewed El and praised him for his return but touched on El's slip back into substance abuse after the release of Second Chance. El was clearly in his feelings and even shed a few tears during Arsenio's love fest. The studio audience showed their love with a standing ovation for El and he gave all glory to God that he's still here.

To wrap his Arsenio stint up, El changed clothes and took to the stage one last time to perform a medley of two more DeBarge hits, "Time Will Reveal" and "I Like It." El shut it down with his crystal clear falsetto for another highly enjoyable performance. He's still got it and here's to hoping that he never loses it.