Gil Scott-Heron Lives On In This Final Recording 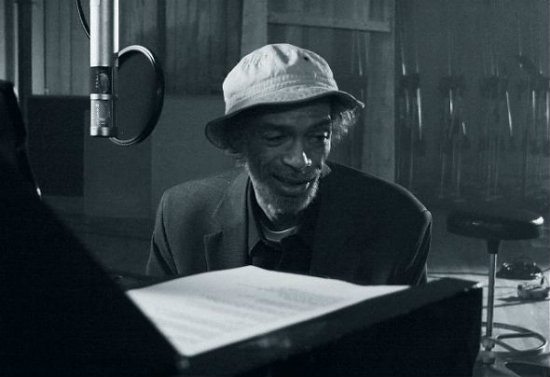 Since its inception in 2008, Record Store Day has become an annual event where music lovers can get their hands on once-in-a-lifetime limited releases. This year, the late Gil Scott-Heron is adding to the riches that people can take home with his posthumous release, Nothing New. Recorded in 2008 while he was working on his final album, I'm New Here, the album features stripped down versions of songs that Scott-Heron handpicked from his own catalog. "Alien (Hold On To Your Dreams)" is the first single taken from the album, which is set to be released on XL Recordings. Composed simply of Scott-Heron's raspy vocals backed by a piano, the song provides an intimate capture of the artist in his later years. While the wear-and-tear that Scott-Heron's well-documented struggle with drug addiction took on his vocals is evident, the passion that made him a household name in the first place is still palpable.

"Alien (Hold On To Your Dreams)" first appeared on his 1980 album and featured a much more robust arrangement, complete with horns, guitar, bass and background vocals than what we hear on this bare bones update. XL Recordings founder Richard Russell felt that releasing Nothing New could introduce a new generation to the music of the man, who passed away in 2011. "I realized that each song he had chose was from a different album of his. He had carefully curated the selection, so the album serves as an excellent introduction to his previous output," explains Russell in a statement featured on Scott-Heron's website. Only 3,000 copies of Nothing New will be made available when it is released on April 19th, so fans of his work should make it a point to hop, skip and jump on over to their nearest record store to make sure they get a piece of Scott-Heron's final recordings.