Janelle Monáe & Kimbra Set To ‘Rock’ Down Under On Tour 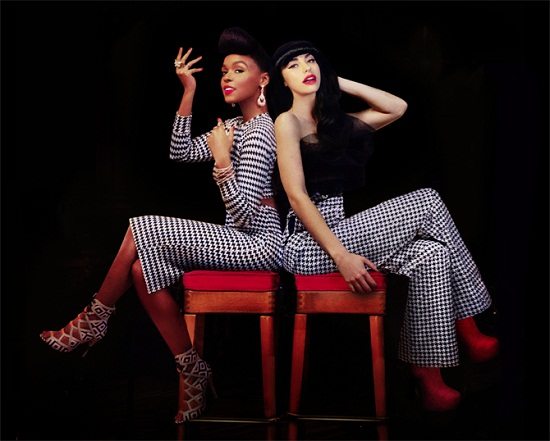 Janelle Monáe has already rocked U.S. audiences on tour during her The Electric Lady album cycle, but that doesn't mean that she's done lighting up the world. The spunky songstress has teamed up with quirky diva Kimbra to bring some thunder to Down Under. Dubbing the outing The Golden Electric Tour, the talented twosome will be playing dates in four Australian cities and making an extra special stop in Kimbra's homeland of New Zealand to play Auckland's Vector Arena on May 24th. The New Zealand date will mark Janelle's first time ever playing in New Zealand, so the audience there is indeed in for a treat.

To mark the occasion, the ladies came together for a performance of two R&B classics, Aretha Franklin's sassy "Rock Steady" and Michael Jackson's funky "Wanna Be Startin' Somethin'." Wearing coordinating black-and-white numbers, Janelle and Kimbra work through the songs effortlessly and look like they're having a blast while doing it. With the chemistry the two exude in the video, the audiences for their performances might be in for something special when the ladies take the stage this May. If you happen to be a SoulBouncer in the land of Oz, tickets for the shows go on sale this Thursday, April 17th. For the rest of the world, check out the video of Ms. Monáe and Kimbra getting down and join us in hoping that the ladies decide to bring their show to our neck of the woods next.

May 16 – Perth, Challenge Stadium
May 19 – Sydney, Hordern Pavilion
May 21 – Brisbane, Convention Centre
May 24 – Auckland Vector Arena
May 26 – Melbourne, The Plenary 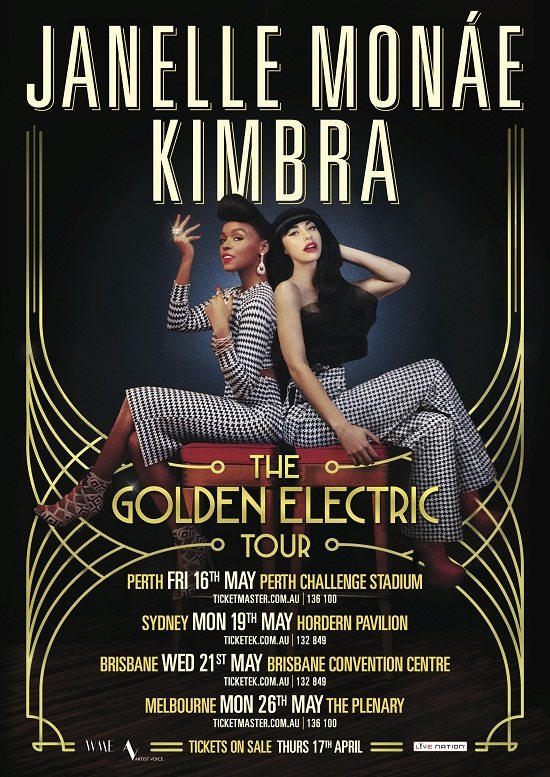