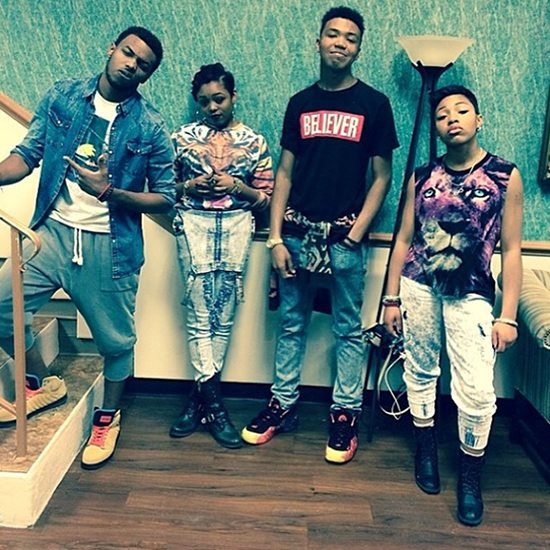 Over its nine years of existence, YouTube has become a hub of talent and many of its users have lucked up and found themselves launched into stardom and success. The Walls Group, a gospel troupe of young brothers and sisters, began posting videos back in 2010 and here they are just a few years later working under the tutelage of Kirk Franklin and his Fo Yo Soul Entertainment imprint. While the contemporary gospel trailblazer has been quiet lately, it seems that he has spent quite a bit of time with this band of fellow Texas natives and it’s quite evident on their new singles “Satisfied” and “Love On The Radio.”

Both released this week, these two records highlight the Walls’ signature harmonies while playing with a sound that’s extra relative and similar to today’s world of hip hop and R&B. While “Satisfied” talks about searching for something more than satisfying materialistic desires, “Love On The Radio” is a great big balloon of energy that’s blown up by Franklin screaming on the track like Diddy and sampling his own 1993 breakout single “He’s Able.”

After hearing both songs you will be able to quickly spot another clear musical influence in their vocals and lucky for them Franklin has already managed to link them with her. According to their Instagram posts last week, this sanging bunch spent a bit of time in the studio with everybody’s favorite R&B goddess Brandy and it’s reported that she will be featured on their forthcoming Fo You Soul Entertainment debut album. If these two fresh new records, Kirk Franklin’s stamp of approval and a Brandy mention isn’t enough to spark your interest, then I don’t know what to tell you. But we will certainly be keeping our eyes and ears out for more from The Walls Group as this year progresses.