Mariah Carey Promises ‘Surprise’ Album, But Is It Really A Surprise? 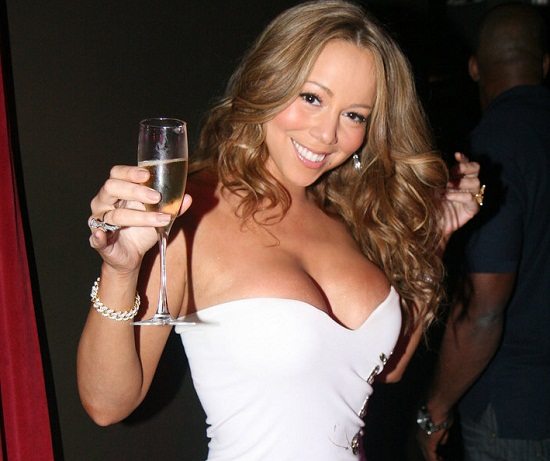 If you thought you missed the release of Mariah Carey's  The Art Of Letting Go, don't worry, you weren't slumbering more than usual. The much-delayed project has been the thorn in the hoof for most Lambs and fans, as since 2010 tiny morsels of release rumors and "promotional" singles ("Triumphant," "#Beautiful,"  "Almost Home," "Eternal (You're Mine)") have kept the project afloat in mind, but the follow-through has been a real, well, mess. In a brand new interview with Billboard magazine, Carey is extending the apology casserole by announcing that for her 14th album she's trying a new stratagem as she'll personally disclose the name, tracklisting, artwork, the album itself and even a surprise guest, all in one swoop for a undisclosed release date via social media. This shock n' chart tactic smells ripe of the surprise party Beyoncé and her "feminist" album succeeded in throwing last year, and in perfect diva fashion, Carey isn't citing Bey as her influence, but she is assuring that she's working hard to make sure that the album is going to be happening in the very near future and that fans won't be disappointed. While it's admirable that Carey is trying something new, how is it a surprise when you are telling us? And what are you doing to make this album a much more vibrant affair to resolve the fiasco that was 2009's Memoirs of an Imperfect Angel?

Look I understand. It's rough being a woman in popular music, as right when you step up to the gilded microphone, the clock ticks and an unfortunate expiration date is stamped on you. Women don't get the privilege to age in music like their male counterparts, as motherhood, marriage, and the will to "have it all" all while looking like you've doused yourself in a youth serum 24/7/365 are hefty (and sometimes ridiculous) expectations to uphold. Carey is going through what I like to call "diva-pause" where fans are getting older, music styles are morphing, promotional tactics that were once thrills are getting outdated and outplayed, and where competing with a younger set who's been influenced by you has got you parched to keep up. Career overhauls in a later age happen to a few good divas (see Tina Turner circa 1984) and Carey has walked the comeback trail of glitter before when 2005's The Emancipation of Mimi got her back on track after a bout with exhaustion, a poorly reviewed movie and two chart floppers. But who says you can't get your second wind, again? Carey being aware of the failed singles and the social media savvy world are glimmers that she's noted the transitioning "diva-pause" and is working her way through it to reach fans in a brand new way. She notes in the interview that she has looked over her extensive back catalog and hopes to bring a balance of the big ballads that made her career and the R&B/hip hop that cemented her ability to dip her toes in several genre pools. Sure her working with Rodney Jerkins and Jermaine Dupri yet again induces a few yawns, but her adding Nas, Trey Songz, Wale, Hit-Boy and even veteran arranger Larry Gold and the Love Unlimited Orchestra into the mix of her wind of change can lead to promise.

I'm one who has stopped the eye rolls and excited expectations for Mariah Carey long ago as I realize that I can't clutch my copy of Butterfly and wish for the '90s to happen again. No Buzzfeed list or quiz is going to bring back those days of her singing about sweet fantasies and visions of love. I will say that Mariah Carey doesn't need to take pages from (younger folks') playbooks and needs to think about what role she's going to play in pop now that she is at veteran status. But the future can be bright, as she wrote her own playbook years ago and, thankfully, she's noted flipping through it. So don't tell me about a lame surprise album drop, Mariah. Release the damn album and show me that you can be yourself in 2014. It's what's worked before, and it'll work again, as I still believe.