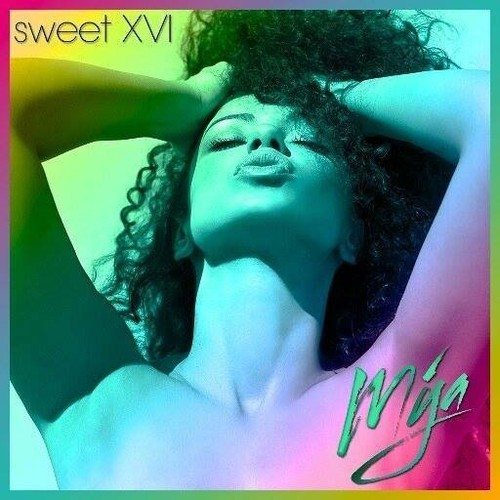 Just two months ago, Mya released her With Love EP on Valentine’s Day. But without letting much time pass, she’s dropped another digital exclusive, Sweet XVI, an EP that commemorates the release of her self-titled debut and definite candidate for SoulBounce’s Class of 1998.

Sweet XVI features six tracks that borrow less from the grown-and-sexy ambiance of the offerings on With Love, instead relying on street beats and sexier lyrics. “Same Page” is a duet with Eric Bellinger and dabbles in a familiar theme found throughout Mya’s catalog: purposely fighting in order to purposely make up. The vocoder is strong on this track, with Bellinger’s vocals getting the robotic treatment while Mya gets playful with a melody that’s reminiscent of Beyoncé’s “Countdown.”

Elsewhere in this collection, Mya proves she’s “more than just a pretty face” on “Super Woman,” where she big-ups her own positive traits and indomitable spirit, the latter of which is also on display in “Unbreakable.” “Cherry Lips” finds the singer getting flirtatious, just as “Right Now” borrows from Janet Jackson’s “Any Time, Any Place” mindset. “M.O.N.E.Y.,” on the other hand, showcases Mya’s ability to take on and tame a grimy, nearly chopped-and-screwed beat.

The so-far steady stream of EPs is already inciting a demand for a proper album. Though there’s no official word of that happening anytime soon, at least we can feast on a few appetizers. Get your fill with a quick listen of the EP right here, and if you're digging Sweet XVI  then make sure to pick it up on Amazon or iTunes.