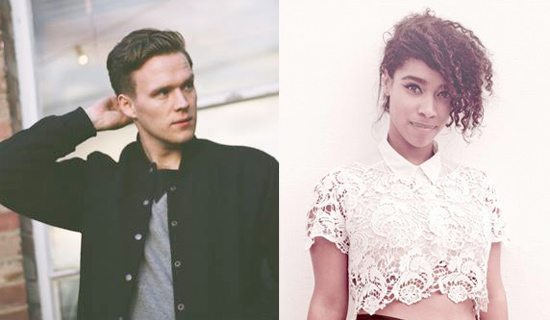 I've been craving to hear the angelic voice of Lianne La Havas on a new record for some time so when I came across the new song "Patterns" by Tourist, which features dear Lianne, I excitedly hit play. "Patterns" quietly begins with hypnotic keys as Lianne softly sings about making life choices sticking with the metaphor of colors, shapes and patterns. The song steadily builds with layers of electronic beats and then takes a surprising turn with an unexpected choir backing the British soul singer. The strong gospel influenced vocals of Lianne and the choir fits well with the motivational lyrics. I'm not used to hearing Lianne on an electronic dance track, but it is great to know that she is versatile and can equally sound great in multiple genres.

The man behind the music is William Phillips, aka Tourist, who is a DJ and producer signed to UK electronic duo Disclosure's Method Records. Today, he celebrates the release of his EP, Patterns, which is already number one on the iTunes electronic album chart. Fans from the States can purchase Patterns on April 22nd.