Whet Your Appetite For Kelis’ ‘FOOD’ With An Album Stream 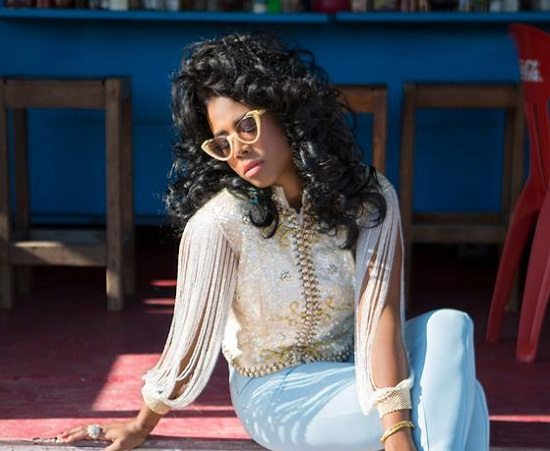 Kelis' latest musical confection is but only a week away, but her and the good folks at NPR Music are serving up an early taste of FOOD for all of those too hungry to wait that long. After trying on a different skin with the EDM-heavy Flesh Tone, Madame Milkshake is diving into warmer, more soulful waters for this affair, which she cooked up with some help from TV On The Radio's Dave Sitek. If the horn-drenched "Jerk Ribs" or the spicy "Rumble" are any indication, then this will be a musical meal that you won't soon forget. And with tasty track names like "Breakfast," "Cobbler," "Friday Fish Fry" and "Biscuits n' Gravy," FOOD is sure to satisfy all tastes when it's released on April 22nd. If you can't wait to savor Kelis' flavor,  head over to NPR and sample what Kelis has to offer. And, of course, check back here soon to find out what we at SBHQ thought after devouring Ms. Rogers' 13-course offering.

P.S.: If you want to see what Kelis does with these offerings in a live setting, you might want to catch her during her seven-city tour in support of the album this June. She'll be making several stops in Cali, a few appearances on the East Coast and will even make stops in Chi-Town and Toronto before the tour is over. Check out the complete itinerary to see if she'll be stopping in a city near you. Bon appétit!