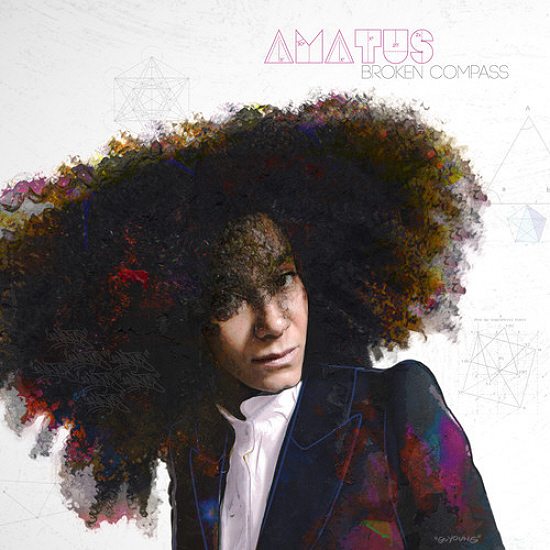 What individual on this planet can say that Meshell Ndegeocello lent them a Triton sequencing keyboard? Or that when they were 14 years of age they witnessed the musical wizardry of The Roots, Erykah Badu and Common while lurking around NYC recording studios? Well, Amatus can. Okay, I can see you sucking your teeth and getting all pea green with envy over there, but just for a moment push some of that jealousy aside to get acquainted with the multifaceted aural explosion that is Amatus's debut EP, Broken Compass.

"Explosion" is the keyword here as when single "Messin'" popped on, it blasted off in a frenzy of percussion, electro-synths, tambourines and slapping basslines, vocally and musically thrashing into zones that only Santigold and Bjork have dared. For the remainder of Broken Compass, the South Side Chicagoan does slow her roll down, but she still colors outside of the lines of indie pop and soul as the melodic duos of "Comin' Home" and "Run Fast" morph her into a wild-eyed guitar thumping cousin to Corinne Bailey Rae.

It's clear by now that Amatus truly did absorb the wisdom of her mentors, and her attention to detail and unclad lyricism crops up in highlights such as the soulful sneer of "Punk" and the sonic crawl of "Cherish," with the latter adopting some heavy Ndegeocello-ian features. Like other great short players, Broken Compass feels longer and denser than its allotted time, but she makes it a delight to peel back every single layer, mood and groove. It's safe to say that in Amatus' case, the student has become the teacher. To get schooled, Amatus is offering Broken Compass for a reasonable $7  over at her Bandcamp page.


TAGS:  Amatus, audio, common, erykah badu, meshell ndegeocello, the roots
Previous: Will Kissey’s ‘Initiation’ Be Enough To ‘Hold’ Your Attention? Next: Morning Soul: Tell Me Why The Road Turns