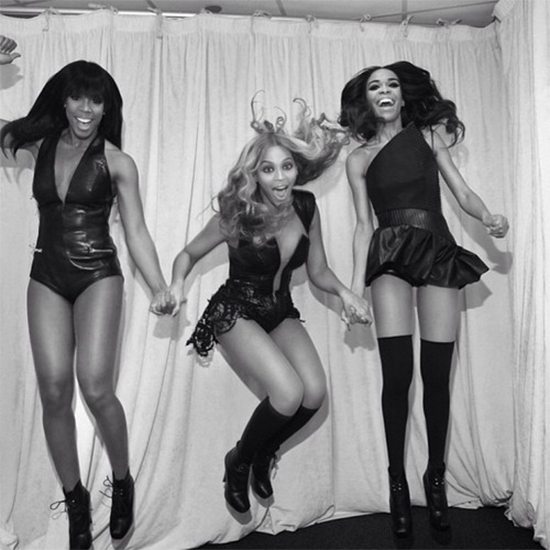 In early 2013 Destiny’s Child’s resident praise and worship leader Michelle Williams hinted about multiple studio-recorded reunion moments being in the works for the group. “Nuclear” made a few waves with the help of Pharrell Williams and James Fauntleroy. We also fell in love with “You Changed” when Kelly Rowland’s Talk A Good Game album dropped, but then the trio was silenced by Beyoncé’s industry-shaking self-titled album. Thanks to Williams and frequent collaborator Harmony Samuels, the “Survivor” singing troupe is back in action, and this time around they’re singing praises to the living savior over a bed of international dance music.

Reinventing a traditional Nigerian spiritual hymn, Michelle helps bring Beyoncé and Kelly back to their down-home church girl roots with a praise party that’s extravagant enough to reach every nation. “Where you lead me, Lord I will go,” they each sing. After the track hit the Internet late last night Michelle took to Twitter to confirm that while this version was unfortunately leaked, the final version will be on iTunes soon and very soon. There’s also word of a video having been recorded earlier this week. We shall soon see, but until then we’ll be dwelling in the midst of the incredibly good feelings that this jam brings.