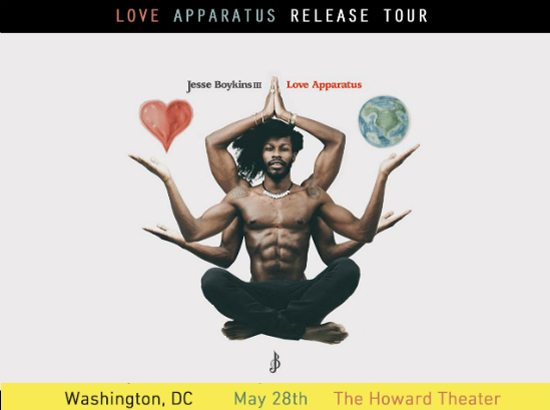 Jesse Boykins III's new album Love Apparatus hasn't left heavy rotation, which isn't surprising seeing as he's been a favorite of ours ever since we named him as Bounce-Worthy years ago. Jesse has done his thing and he continues to impress with his live shows on his Love Apparatus Release Tour. The young crooner will soon breeze through the DMV for a concert at Howard Theatre on Wednesday, May 28th. Along for the ride will be opening acts Redline Graffiti and denitia and sene., so attendees will be getting their fill of some of the best in indie and alternative soul. Tickets are on sale at the Howard Theatre box office as well as online via Ticketmaster. The great news for all you DMV Bouncers out there is that The Chamber Group has given us a pair of tickets to give away. Enter to win now on the next page!