Incognito Brings Atlantic Starr Out Of The ‘Shadow’ 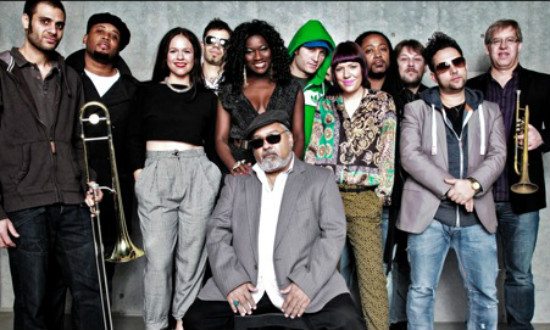 The popping, locking and rocking in the music video for “Hats (Makes Me Wanna Holler)” had Incognito fans ready for the band’s Amplified Soul album, which is now available. Though the rousing track was worth celebrating, another offering from the set also deserves some time in the spotlight.

The band has re-imagined Atlantic Starr’s “Silver Shadow,” a moderately successful single from the group’s 1985 album, As the Band Turns. While the original and its numerous remixes were laced with mid-’80s funk — you know, the kind that inspired b-boys to pull out cardboard squares and breakdance — Incognito’s adds its signature brand of groove and offers up a version for the grown and sexy. Horns blare, bass lines are tweaked and hand-beaten drums drive this percussion-heavy take, which is acutely accessorized with touches of jazz.

Though the beat is most certainly magnified, the song loses none of its soul, nor are its nods to the decade of excess lost. It’s a track that embraces its throwback nature but cleverly updates the tune in a way that’s classy. [H/T: BLS]