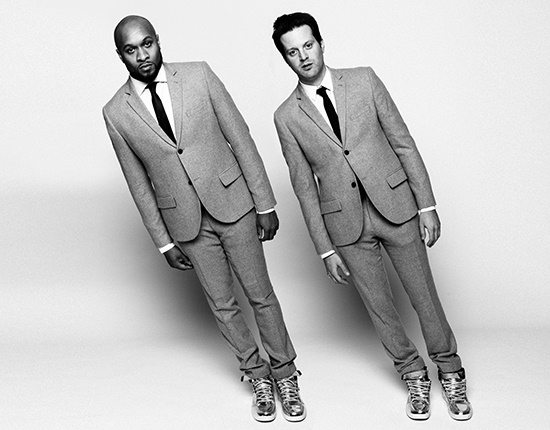 The last time we heard from Jaded Inc., the collaboration formed by Mayer Hawthorne and 14KT, they were inviting us to lounge on their "Coconut Sofa." Now, a little more than a month before the release of their debut album, The Big Knock, they've gone and dropped a "Monster." The latest single from their upcoming album finds Mayer crooning over a slightly ominous beat that's sure to get heads nodding. Oh, and if it sounds familiar to you, it's because the track is produced by their fellow Michigan native, the late, great J Dilla. The duo premiered the single over at Billboard today and explained it's connection to Dilla (after discovering the track on a beat tape from the late '90s, they decided that it fits their style perfectly and got the estate's blessing to use it). And Mayer had nothing but love for the late producer's talent:

"It just shows you how far ahead J Dilla was, because that track was made all those years ago and it still sounds new and it fits our brand new project in 2014," Hawthorne says. "It fits right in with the whole album."

Interested in hearing what Mayer and 14KT sound like when adding a little Dilla into the mix? Check out "Monster" right here. And don't forget to pick up The Big Knock when it arrives on June 17th.


TAGS:  14kt, audio, j dilla, Jaded Inc., mayer hawthorne
Previous: Morning Soul: Every Night I Cry Hoping That They Never See Next: ‘Come Get’ A Tease Of Pharrell & Gwen Stefani On ‘The Voice’