Jagged Edge Returns To The Scene With ‘Hope’ 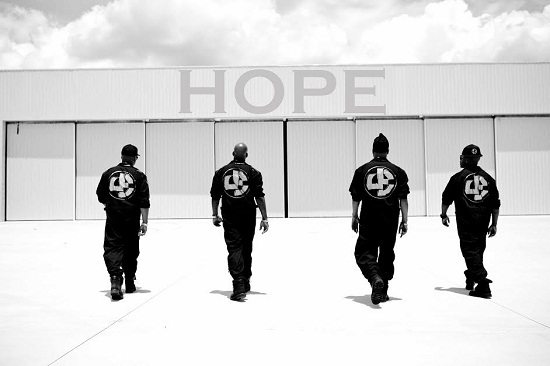 This week, R&B quartet Jagged Edge announced that they are returning to the scene with the sequel to their beloved album J.E. Heartbreak. Titling it J.E. Heartbreak Too, brothers Brian and Brandon Casey, Richard Wingo and Kyle Norman tout the album as a return to form and it might just be, as Jermaine Dupri is on board once again as an executive producer.

The first taste from the project is the just released "Hope," which was written and produced by Brian and Brandon alongside songwriter/producer Bryan-Michael Cox. The song treads familiar territory for fans of JE, with the foursome singing about doing right by a woman whose been wronged too many times by the wrong man. While it was a good idea for the group to return with the same reliable sound for the JE diehards out there, we can't help but wish that they would've switched up the formula this time around. The simple piano and drum machine arrangement is a little boring, if we're being honest. But at least the fellas sound like they're in the same fine form vocally that they were when we last heard them.

Though no release date has been confirmed as of yet, J.E. Heartbreak Too should see the light of day sometime this fall.