Kimbra Looks To The ’90s Music’ Of Yesteryear 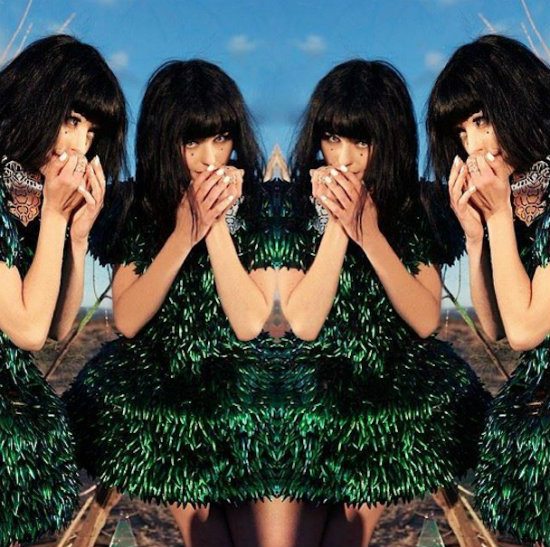 Kimbra, the musical wonder from down under, has been collecting fans and ears for the past few years thanks in part to her gumbo of pop, alt and jazz influences. Her GRAMMY-winning guesting turn on Gotye's "Somebody That I Used To Know" proved that her voice sounded just as nice on a stripped down track. Now, as she prepares to hit the road with Janelle Monáe as part of The Golden Electric Tour, she drops a new single that finds her expanding her musical footprint once more. "90s Music" finds the Aussie singer teaming up with Muse frontman Matt Bellamy and the result is an interesting blend.

The song's opening moments instantly pull you in with its raucous vibe as Kimbra rattles off a list of popular '90s artists that she enjoys listening to. And while the namechecking is a nice homage to those artists, that's about the only thing '90s about this song. After more than a few minutes, the song just transforms itself into a cacophonous mess of blips, guitars and pretty much any other sound effect they could get their hands on. While I'm sort-of on the fence about the first single from her upcoming album, the collaborators she has tapped for the project still gives me much to look forward to. I mean, what's not to anticipate when the likes of Bilal, Thundercat, John Legend and Mark Foster of Foster the People are part of the featured lineup?