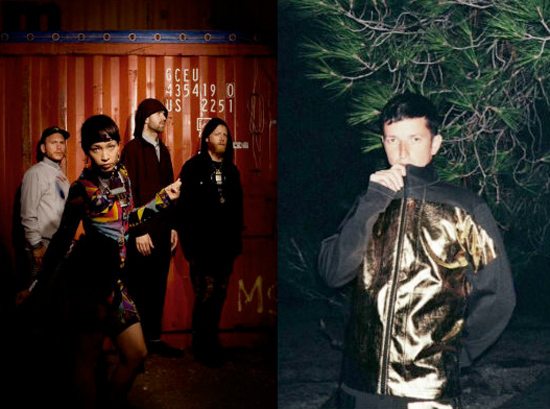 The beauty of a good remix is that it has the power to completely transform a song into an entirely different composition. Such is the case with the Totally Enormous Extinct Dinosaurs' "Holiday Edit" of Little Dragon's "Paris." The second single from the popular band's recently released album, Nabuma Rubberband, the original is a synth-heavy song with an '80s pop vibe to it. In the hands of the British producer/DJ, the song gets turned up several notches, transforming it into an electronic jam that is sure send folks heading straight to the dance floor. TEED sprinkles the original with a healthy dose of blips and sirens while also upping the ante with the keys and chopping Yukimi Nagano's hypnotic vocals also. The resulting remix is a robotic number that builds up into a crescendo worthy of providing the soundtrack to countless sweaty parites this summer and dance mixtapes.