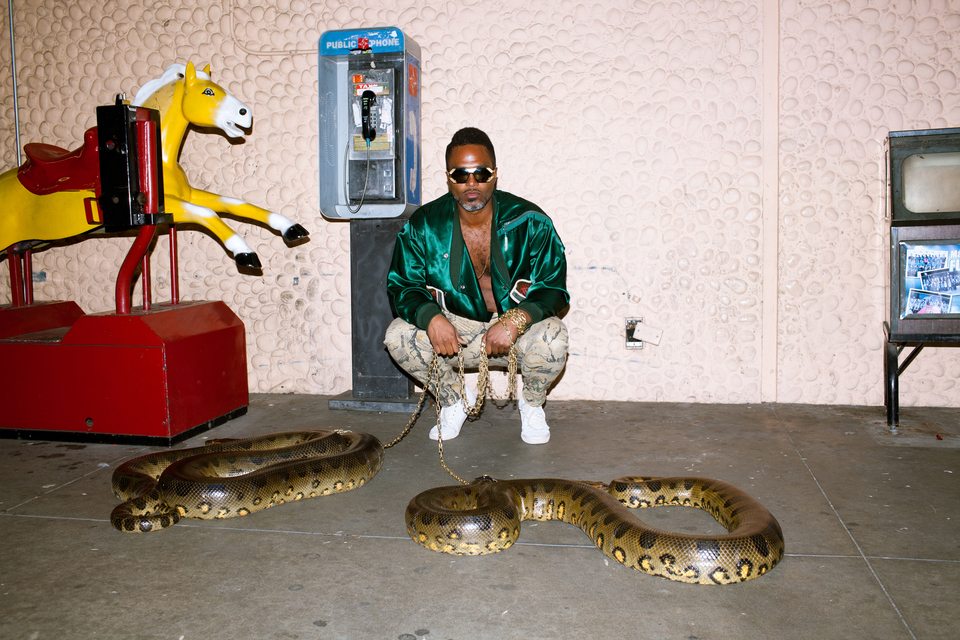 It's been three years since Shabazz Palaces dropped their critically-acclaimed debut album, Black Up. Since then, members Ishmael Butler and Tendai Maraire have kept busy with touring and their own personal projects. Butler rose through the ranks from artist to A&R at Sub Pop Records and Mararie released his own Zimbabwean-centered project under the Chimurenga Renaissance moniker. Still, the two didn't let their other projects stop them from teaming up in the studio once more. The duo is now back with the first single from their sophomore album, Lese Majesty. The first single, "They Come In Gold," sticks close to the foundation that they lay on Black Up, with Butler painting an intricate portrait of societal ills over Mararie's sonically mesmerizing beats.

The album's title, Lese Majesty, is a play on the French phrase "Lèse-majesté," which translates to "an attack on either a sovereign power or deeply rooted beliefs and customs." Due out on July 29th, the album contains 18 tracks that are grouped into seven suites and is now available for pre-order on Sub Pop's website. Customers who pre-order the LP will also receive the "Loser Edition," a limited edition purple-colored vinyl; an instant download of "They Come in Gold;" advance access to a full stream of the album a month before its release date and a bonus 7-inch featuring the unreleased track "The Palace Slide."