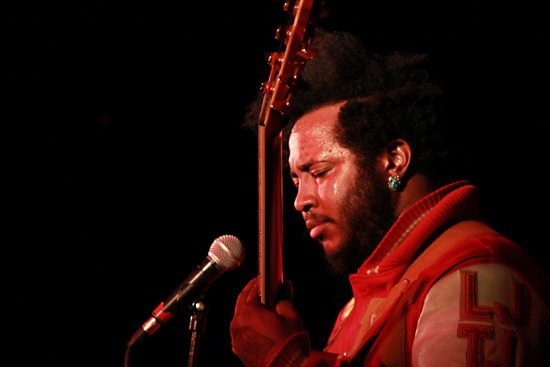 On April 25th and 26th history was made at the inaugural Art of Cool Festival. The first festival of what we hope will be many more to come was a welcome oasis for music lovers looking for the perfect blend of a music festival that brought together jazz, soul and alternative R&B in one place. That place was Durham, North Carolina, which was a beautiful host city for the artists who traveled far and wide to perform and the adoring fans who made it a point to be at this first annual festival.

The lineup was already incredible going into the Art of Cool Festival, but the live performances were even more astounding once everything kicked off. There was so much talent to see performing simultaneously at various venues around downtown Durham that some performances were inevitably missed, but that simply means that these artists need to be invited back next year or science needs to figure out that whole cloning thing.

Performances that we personally got to catch ran the gamut from Gizmo, Mark de Clive-Lowe and Thundercat on Friday night to KING, Miguel Atwood-Ferguson, N'Dambi and Bilal on Saturday and many more exciting performers in between. These photos taken by Elise Perry are just a snapshot of the some of the amazing artists who graced the stages of the first Art of Cool Festival. We're already looking forward to the second annual festival and catching more of this cool.