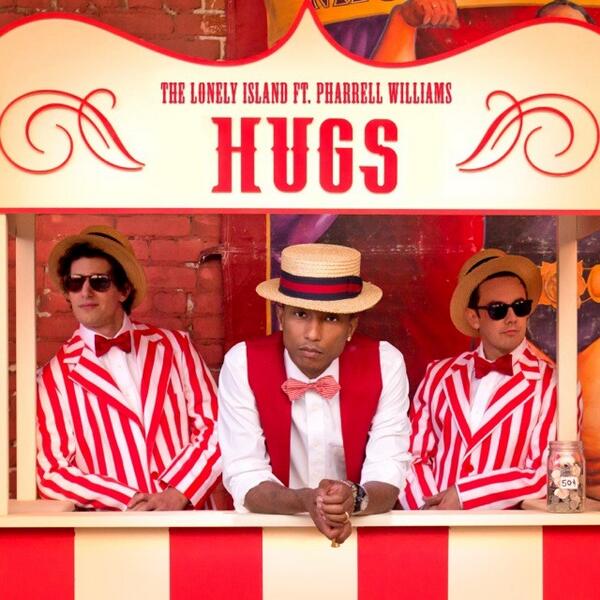 If you need a hug, this song is for you. The season finale of Saturday Night Live got a special song and video from the ridiculous band The Lonely Island. Group member and Brooklyn Nine-Nine star Andy Samberg returned to host for the first time after being a cast member for seven years and the king of digital shorts didn't disappoint. This particular digital short opens up with Samberg confidently dissing someone he recently hugged on the phone and then we get a shot of a group of women in specs and coogi sweaters. Other highlights include Oprah Winfrey (played by Maya Rudolph) selling drugs and Pharrell Williams hugging someone’s mom in a Subaru hatchback. Don’t ask, just watch.

I don't know anyone who doesn’t want a hug from self-proclaimed "hug gigolo" Pharrell, and anyone who claims they don't is lying. A perfect addition to the track, Williams uses his vocals in the chorus to inform us to "don’t catch feelings, it ain't love, we're just the kings of givin' out hugs." The catchy song can be found on The Lonely Island's 2013 album The Wack Album, but you can also purchase it on iTunes and Amazon. I don’t know about you, but we need a hug after watching the video. If you’re ready and willing, get some tips from Samberg and company in "Hugs."