The Roots’ ‘Never’ Brings Down The House On ‘The Tonight Show’ 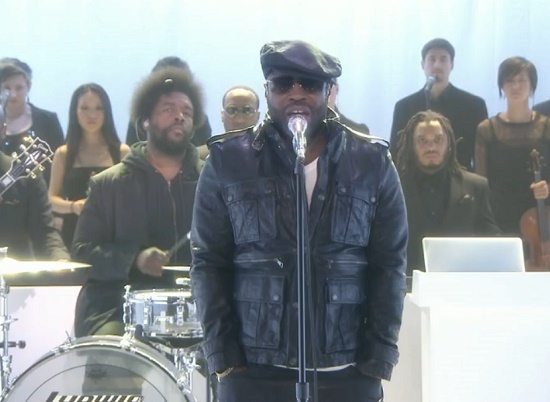 With yesterday's release of The Roots' latest album, ...And Then You Shoot Your Cousin, it was of course expected that the legendary hip-hop band would utilize their nightly platform on The Tonight Show to promote the piece. And that they did with a little help from DJ A-Trak and the Metropolis Ensemble as they performed the album's second track, "Never." With everyone dressed in all black against a stark, white backdrop and the haunting vocals of Patty Crash spilling out from A-Trak's turntables, the ethereal track was brought to life as Questlove and Co. led the track with over a minute of instrumentals before Black Thought blessed the mic with his poetic, thoughtful rhymes. "Never" is just a taste of what ...And Then You Shoot Your Cousin, yet another successful attempt at the concept album by The Roots crew, has to offer. Check out their performance of the track right here and make sure to pick up their album, which is in stores now.