The Roots Want To Continue To Make You ‘Cheer’ 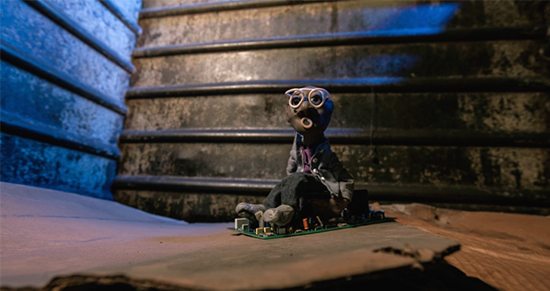 The Roots are going back to business as usual as they gear up for the release of their forthcoming album ...and then you shoot your cousin. The legendary Philadelphia crew has teamed up with Joe Baughman for an eerie animated lyric video for the equally eerie lead single “When The People Cheer.” With the animation putting you in the mindset of Eddie Murphy’s hit 1999 television series The PJs, the clip finds a young animated star drearily floating through life as Black Thought and Greg Porn’s dark lyrics flash across the screen. “Everybody acts like God is all that, but I got the feelin’ he ain’t never coming back,” the chorus echoes, as the character drowns in a crate of cereal. The Roots’ ...and then shoot your cousin will be available everywhere on May 19th, but you can head over to MyPlayDirect to pre-order a digital or vinyl copy today.