Usher & Adam Levine Cop A ‘Feel’ On ‘The Voice’ 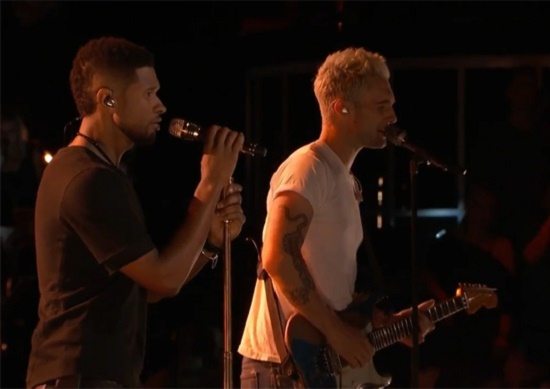 Not being an avid watcher of this season's edition of The Voice, I couldn't really care less about who will wind up winning NBC's premiere singing competition. However, when I learned that judges Adam Levine and Usher covered D'Angelo's sexually-charged classic "Untitled (How Does It Feel)," I had to check it out. The newly blonde Maroon 5 frontman and Mr. Good Kisser aren't necessarily the first people I'd think of to cover this song, but if I'm being honest, I'm not necessarily mad at what the two did with it. They kept it simple and didn't really try to oversell the song's sexiness or do too many riffs and runs on the material. In fact, the only thing fans of the two probably wished they did with the song is faithfully recreate the song's jaw-dropping, thirst-baiting video. Check out Ursh and Adam's take and let us know if you think they did it justice.


TAGS:  adam levine, d'angelo, The Voice", usher
Previous: Morning Soul: Loving Would Be Easy If Your Colors Were Like My Dream Next: Does Banks Save Herself From ‘Drowning’?