Will You ‘Know What To Do’ With Mariah Carey’s Performance On ‘TODAY’? 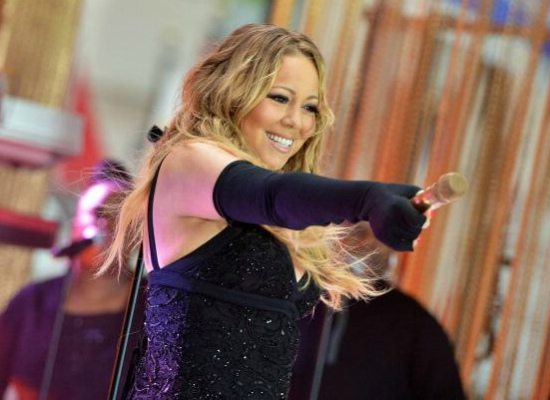 Mariah Carey brought an extra dose of loopy to the TODAY show this morning to kick of the show's long-running Summer Concert Series. As throngs of adoring fans screamed their hearts out, the diva took the stage to perform past hits "Touch My Body" and "Always Be My Baby." But she didn't leave them without blessing them with some newness from her upcoming Me. I Am Mariah...The Elusive Chanteuse (nope, still can't type that without rolling my eyes) in the form of "You Don't Know What to Do." Starting the performance while vamping on a piano in a tight-fitting black dress (sound familiar?), the songstress sings a sweet little intro that keeps being interrupted by someone's annoying interjections. And then the track's '80s-flavored groove kicks in and the annoying perpetrator is revealed to be...Wale (because everything's better with Wale, said no one ever). Still, the D.C. rapper's inclusion doesn't derail the feel of the track, as the song itself is fairly nice when Mariah gets to shine solo. Being that this was a live performance from the diva in 2014, I'm not sure how much of this one was live or Memorex, but I wouldn't be mad if a (Wale-less) studio version fell into my lap soon. Check out Mariah's performance right here and look out for the album when it's released on May 27th.