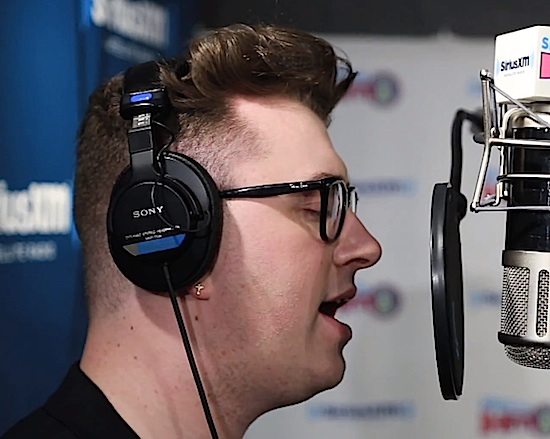 It's interesting how Sam Smith is only 22 years old, yet already has the insight and vocal ability of a seasoned professional. I've watched from a distance as the industry hype has begun to swirl around the talented vocalist in the last few months, waiting for the perfect time to jump in and learn more about the British singer. So after the Internet imploded on itself with positive feedback about his live cover of Whitney Houston's "How Will I Know" at the SiriusXM studios, I decided it was about that time to sit back and silently judge him as he boldly took on one of my favorite songs -- and found myself pleasantly surprised.

After listing the song as one of his favorite R&B/Pop vocals of all time, Smith takes Houston's pop classic and slows it down considerably, turning the once upbeat song into a soft, melancholy '80s ballad reminiscent of Simply Red's "Holding Back The Years." Although the simplistic breakdown and mezzo piano playing on the song are amazing on their own, I finally hear what stands out about Smith's talent -- his intriguing vocal play. At times, he can go from a breathy whisper to a husky tenor tone without effort, creating little vocal inflections and distinctions that make the song all his own. To say he did this classic justice would be an understatement. It's best you watch and listen for yourself.