Amerigo Gazaway’s ‘Yasiin Gaye’ Mashup Is A ‘Return’ To Soul 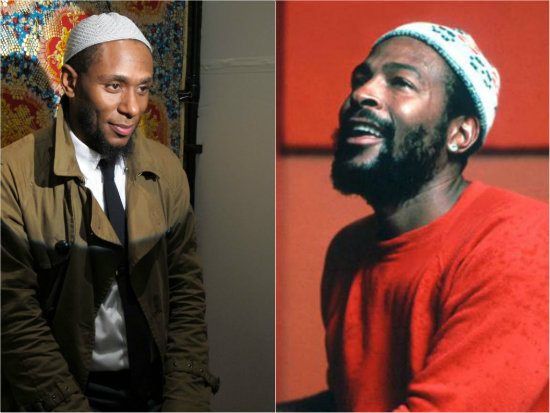 If you've ever wondered what a Yasiin Bey and Marvin Gaye collaboration would have sounded like, then wonder no more. Thanks to mashup extraordinaire Amerigo Gazaway, the collabo that never was is now a reality. After a dropping a successful Marvin/Yasiin mashup called Yasiin Gaye: The Departure (Side One) back in February as part of his "Soul Mates" series, he's back again with its follow-up, The Return (Side Two).

Available for free download via Gazaway's Bandcamp page, the album shifts the focus slightly the second time around. Whereas the first paired the vocals of both Yasiin and Marvin over Gazaway's original productions, The Return instead makes use of Marvin's often overlooked production work. "He [Marvin] was doing a lot of what we do now, in terms of looping and pulling samples from other pre-recorded sessions decades before hip-hop made it common practice to do so," Gazaway explains about his decision. In addition to drawing on Yasiin's vocals, Gazaway also weaves in material by The Temptations, Chuck Berry and the Brooklyn-bred MCs frequent collaborator, Talib Kweli. The result is pure gold just in time for those summer time cookouts that are on the horizon.