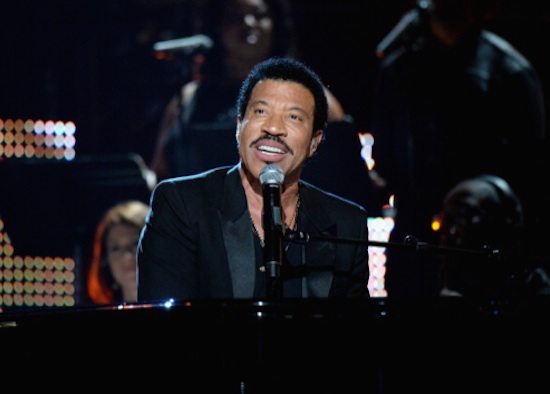 Last night at BET Awards '14,  Lionel Richie was honored with the Lifetime Achievement Award. In true BET fashion, a few artists were enlisted to pay tribute to Richie via some of his greatest hits. The performance began with the award winner for having the most stage time, John Legend. Sitting at his piano, Legend sang "Hello," one of Richie's most well-known hits, and later did a beautiful rendition of "Still" before he finally left the stage.

The night then took an unexpected plunge when Ledisi showed up in a poodle skirt along with dancers to perform The Commodores' "Brick House." Her vocals, though always on point, weren't a good match for the song, which may have needed a masculine touch. We'll give it to Ledisi, she really did try to entertain us with her choreography and high-pitched vocals, but they, like her skirt, fell short. Even if you don't, the blank faces in the audiences agreed with us.

Just in time to save the day and our musical souls, Yolanda Adams performed Richie's "Jesus Is Love." With impeccable vocals, Adams brought Jesus to the Nokia Theatre and was the perfect closer to what would've been a lackluster tribute.

After accepting the award, Lionel himself closed out the segment, giving the audience his timeless classic "Easy" before ending his moment with "All Night Long." And while the sexagenarian showed his age just a little during the song, the audience sang and grooved along just the same.

All in all, we hope Richie did feel honored because he and his musical catalogue deserve it.