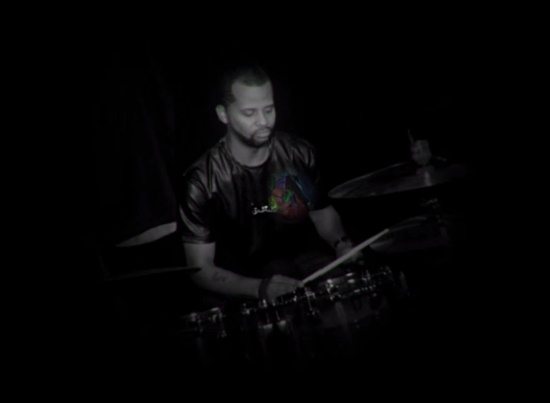 A few weeks back, we gave you the world premiere of Lil' John Robert's collaborative joint "Space," lifted from his debut album The Heartbeat. Now we've gotten ahold of the track's video. Instead of doing the obvious outer space treatment for the visuals, we instead join John on video conference call with a few of his friends, including featured guests Eric Roberson, Anthony David, Stokley Williams and Musiq Soulchild, as they have an all-out jam session on their party line. And as the jam keeps on jumpin' with the fellas, more than a few other guests join in on the fun. Respected musicians James Poyser, Melvin Jones and Pino Palladino (who also play on the track) make appearances alongside SB favorites like Algebra Blessett, Robert Glasper and DJ Jazzy Jeff. But of course the show is all about John and the fellas as they sing and groove while the world swirls around them (be sure to stay after the credits to see Musiq stylin' free while the cameras continue to roll). So, now that you've heard what "Space" sounds like, go ahead and see what it looks like, too, when you check out the visuals right here.