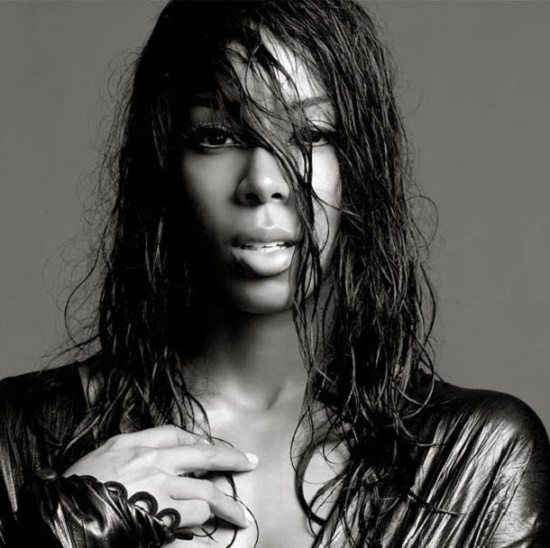 Our girl Kelly Rowland might be the new Mrs. Witherspoon now, but that doesn't seem to have slowed her roll. The former child of destiny is one of the many artists contributing to Pepsi's compilation in honor of this summer's World Cup in Brazil. Kelly's contribution is the inspirational "The Game," which is surely meant to get the World Cup players hyped up as they kick ass in Rio. While we really do enjoy Kelly's vocals here, the song falls a bit flat in other areas. For one, this song doesn't have lyrics as much as it has tired, strung-together platitudes set to a beat. And speaking of the beat, it, too, borders on the generic. Sure it comes through with a booming bit of bass, but fizzles fairly quickly as the song continues.Since Miss Kelly has been reportedly working on a new project, we can only hope that this track won't be representative of what she'll be bringing there.

That being said, the compilation housing "The Game," Pepsi Beats of the Beautiful Game, will feature some SB favorites, like Timbaland, Santigold and Janelle Monáe, who contributed a cover of David Bowie's "Heroes." It's available for pre-order on iTunes right now and will be officially released on June 10th.

Take a listen to Kelly spitting her "Game" right here.