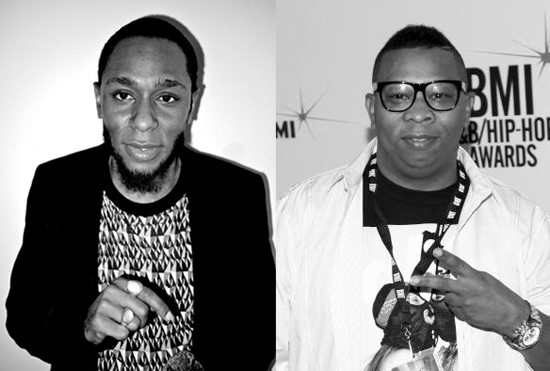 A year and some months after the Easter 2013 release of their first single "Black Jesus," Yasiin Bey and Mannie Fresh finally follow it up with the release of their latest choice single "Let's Go," from the ever-elusive OMFGODBKNOLA LP. A fairly brief track by most hip-hop standards, we listen closely as a muted drum intro gives way to a husky-toned, energized Yasiin's vocals floating over Mannie's NOLA-influenced trademark sound. The release of "Let's Go" conveniently follows Mannie Fresh's recent in-depth interview and preview of the OMFGODBKNOLA project over at NPR, which gives us slight hope that there has been some progress on or completion of the album.

So does all this recent activity mean this project will finally be released? We can't tell for sure -- especially with Yasiin's recent immigration issues --  but for now, let's enjoy the latest from Yasiin and Mannie's musical adventures together and keep our fingers crossed for more.