Marian Mereba Will Be Gone ‘Til ‘September’ 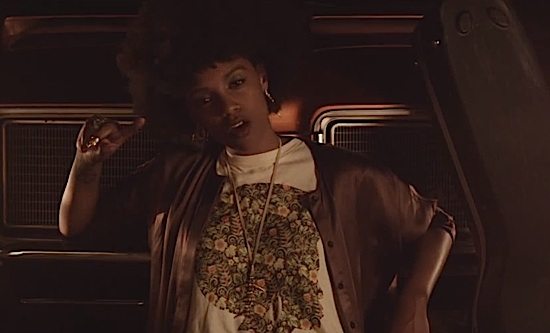 You can sense the traces of Marian Mereba's diverse upbringing, love for music and inherent soul in the edges and folds of her music. From Ethiopia to America, you hear the influences from soul, afro-beat, rock and pop find their way into Marian's sound in a cohesive, enticing manner. Newly signed to Red Kotton Records, Marian has released a set of impressive singles over the last few months, a lead up to the release of her brand new project, Radio Flyer, due out July 29th. We finally get to see what Ms. Mereba has been working on with the release of the music video for her first single, "September."

"You must have forgot I was a Queen," she croons, singing the story of a lover lost to miscommunications and misunderstanding. Led in by a standout bassline while ska-influenced guitars and drums guide her sultry vocals, Marian reminisces on a relationship that might have been too toxic to see through to the end. While the song is a standout track alone, the visuals take on a life of their own, using outstanding cinematography to tell the story of a woman lost in pull of a Bonnie & Clyde kind of relationship, searching for redemption while on the run from more than just the law. It's an engrossing watch from quite an alluring singer.