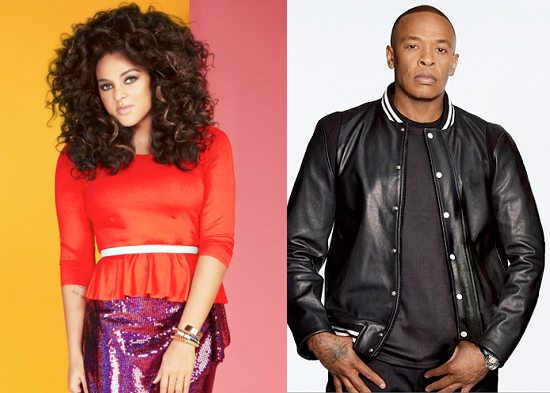 Back in February, Marsha Ambrosius dropped the video for her cover of Sade's emotional heartbreaker "Stronger Than Pride." The song, which is spiked with a flip of Jeru the Damaja's "Come Clean," has grown on me since my first listen, though I'm still not squarely in love with Marsha's take. But now, the songstress returns with a new version of the cover, retitled "Stronger" and touting an exceptionally rare guest verse from none other than Dr. Dre himself.

Most of the remake keeps with what was heard in the original video, however Dre's verse is...interesting. It comes in relatively early in the song and is introduced by some weird, garbled monologue about pride before the West Coast representer spits a 16 about the trials and tribulations of love over a changed-up version of the song's beat. But soon, it's back to business as usual as Marsha takes back the reins and keeps it smooth and wistful from there on out.

While I'm not sure if I'm a fan of Marsha's first take of the song, I am most definitely sure that I'm not feeling this incarnation, but maybe you'll be able to show it a little bit more love when you take a listen.


TAGS:  audio, dr. dre, jeru the damaja", marsha ambrosius, sade
Previous: Your Love Has Made Tank ‘Stronger’ Next: Monifah Returns To ‘The Other Side’ Of Music