‘Nobody But’ Kimbra Can Take Us To ‘High Places’ 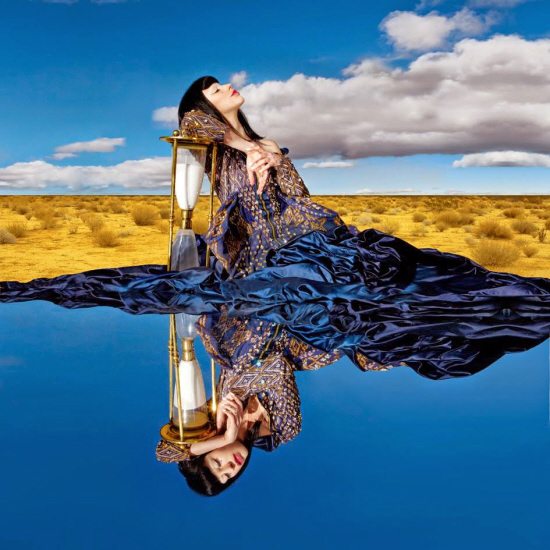 It's sometimes okay to judge a book by its cover — or rather an album cover in this case —  as Kimbra has officially released the artwork, tracklist and title for her upcoming sophomore set, The Golden Echo, and its a surrealistic Dali-esque feast for the eyes. Of course what's inside is what matters and The Golden Echo is gearing up to sound just as dreamlike as its artful package with announced collaborations from Flying Lotus, John Legend, Thundercat, Muse's Matt Bellamy and Foster The People's Mark Foster. With the pre-order purchase, Kimbra bears more gifts in the audio releases of album tracks "90s Music," "Love in High Places" and "Nobody But You." We've already dipped into the manic spin of "90s Music," but the rest of the two tracks, while tamer, are just as saucy and worth playing on loop.

With clap-trap percussion, "Love In High Places" begins as it builds into a fizzed-up sound explosion that dabbles in some Prince-ly early '80s  synths and basslines. "Nobody But You" is Kimbra pulling out melodic soul vocals for this squishy and funky good Saturday summer drive tune, and already its my personal favorite of the bunch.  Though the release date is months away (August 19th? Talk about torture...) I have zero qualms that The Golden Echo will avoid the sophomore slump, and these two tracks are my supporting evidence as to why.