We ‘Feel Good About’ This Soulpersona & Bam Collaboration 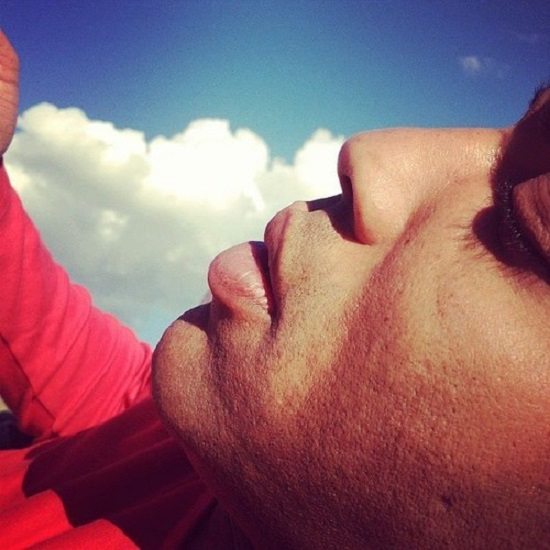 The last time most of us heard from The Jungle Brothers member Afrika Baby Bam, he was going through some changes that had us all a little shook. He now goes by just Bam and, despite the shade thrown at him during that time, he's pressed forward to collaborate with a host of international acts, the latest of which is none other than on our main man Soulpersona, who's enlisted Bam for his newest jam, "Feel Good About It."

It's very evident that his time out of the mainstream spotlight hasn't dulled his skills. While Soulpersona did his thing behind the boards and Punk Pappa layed down a sticky bass line for the track, Bam took over writing and performing duties, supplying nimble verses and vocals over a laid-back groove that's just in time for summer. And as Bam raps and sings throughout the track, we're transported back to the '90s, when it wasn't a rarity to hear feel-good hip hop like this blasting on the radio.

While this is only a demo, Soulpersona says that he's willing to release it as an official single if it gets good feedback. While we certainly give it the SoulBounce stamp of approval, we're sure a few thousand plays will definitely help the cause. So don't just sit there, press play and get into the feel-good vibes that Soulpersona and Bam are putting down.