Anushka Aims To Tear Down The ‘Mansions’ In New Visual 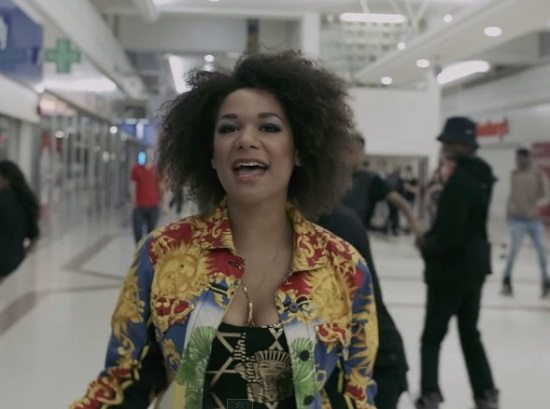 It is safe to say Anushka is having a great week due to the fact that their debut album, Broken Circuit, is now available on iTunes for all to hear. Describing their music as "vocal bass music from the future," producer Max Wheeler and singer Victoria Port's sounds and lyrics are leading the path for the next generation of the UK's underground dance scene. To commemorate the album release, the funky electro-pop duo shared two lovely musical treats for us to enjoy.

First, the group released the official music video for their track "Mansions," which captures Anushka's signature blend of drum and bass and pop. "Mansions" is a fun track to get lost in the music and dance to, as with all of Anushka's music. However, there is a bit of social commentary hidden under the layers of UK garage and techno beats. Apparently, the subject of the song was inspired by an arts space in Manchester called the Antwerp Mansions that was the headquarters for rebellious youth in the '60s. In the fun video, Victoria and a group of free-spirited cool kids on roller skates roll and dance throughout Brighton. Although, Victoria repeats the refrain "tear down the mansions," the video keeps it light and only shows the young folks having a good time.

In addition to the new visual, we also have the pleasure of hearing "One More Time," an extra track from Broken Circuit. "One More Time" has a soulful house groove that will surely get your head nodding. Best of all, the track is being offered to fans and music lovers as freebie. Take a peek at "Mansions" and listen to "One More Time" right here.