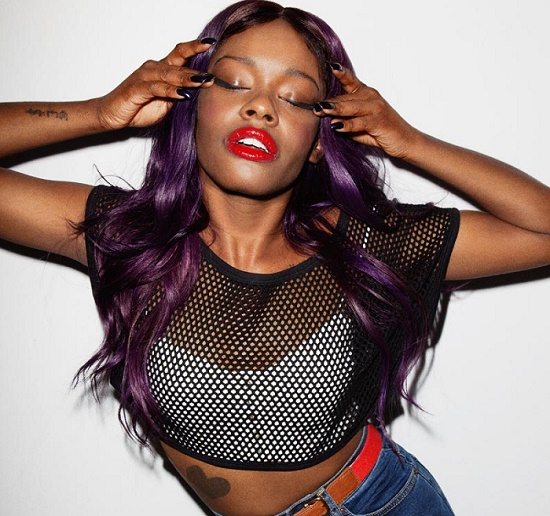 If you thought the dissolution of her label deal with Universal meant that you'd seen the last of Azealia Banks, you've got another thing coming. The professional Twitter beef starter and sometimes rapper/singer is still intent on releasing her debut album, Broke With Expensive Taste. The first bit that we're hearing of the album (if you don't count the singles we've heard what seems like years ago now) is new track "Heavy Metal and Reflective."

The song isn't in the hip house that we've come to love from Azealia, though, as it finds her in straight hip-hop mode, spitting a swift-tongued verse that shows that she hasn't lost step as far as her flow is concerned. But Lil Internet's droning beat, led by repetitive synths and hand claps, definitely makes this one more of an album track, as the beat becomes monotonous, with little variation and no discernible chorus or break to give the listener a reprieve from it. Though this was an unintentional leak (at least according to her Twitter feed), the single is available now in New Zealand and will be released worldwide on Tuesday, July 29th.

If you're anxious to hear some new new from Ms. Banks, take a listen to "Heavy Metal and Reflective" right now and let us know what you think.