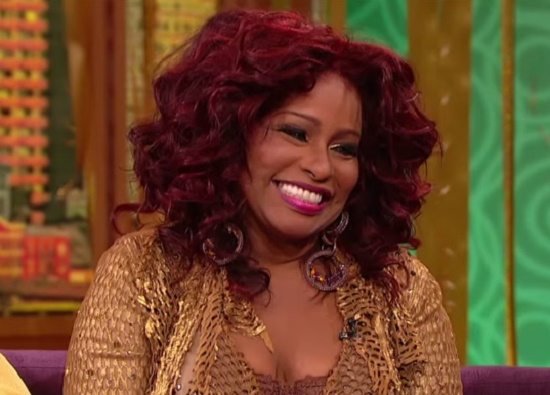 Queen of All Media Wendy Williams celebrated her milestone 50th birthday on her show this past Friday (July 18th) and had quite a few surprises — including announcing that she is involved in the controversial Aaliyah Lifetime biopic. But perhaps the biggest gift that the talk show host gave and received was the incomparable Chaka Khan. The soul icon made her appearance memorable not only with her two performances but with a surprisingly candid sit down with Wendy as well.

Chaka first performed her classic "I'm Every Woman" for the birthday girl. It probably wasn't Chaka's best televised performance, especially with background singers that didn't seem quite up to the task of keeping up with the legend, but it was at least serviceable...because it is Chaka, after all. Her performance of "Ain't Nobody" fared a bit better, with Chaka belting out the high notes that everyone expected her to deliver, though she wasn't as concerned with nailing the verses.

But what "I'm Every Woman" and "Ain't Nobody"  lacked, Chaka more than made up for with a very frank interview. Chaka and Wendy gabbed about everything from Chaka's stint in rehab (she and Lindsay Lohan apparently attended the same program), parenting and even Chaka's sex life (or lack thereof). Every question that Wendy asked was met with little apprehension as Chaka readily spilled her own tea — even admitting that there are a few of her classics that she doesn't necessarily like to perform (though she didn't call any of her hits out by name).

Don't fret if you happened to miss out on Wendy's 50 & Fabulous celebration. We've got both of Chaka's performances and her forthright interview for your enjoyment right here.


TAGS:  aaliyah, chaka khan", lindsay lohan, wendy williams
Previous: Morning Soul: Freaky Like The Daughter Of A Pastor Next: The Weeknd Proclaims Himself ‘King Of The Fall’