Gladys Knight Wants You To ‘Hear’ Avehre Out 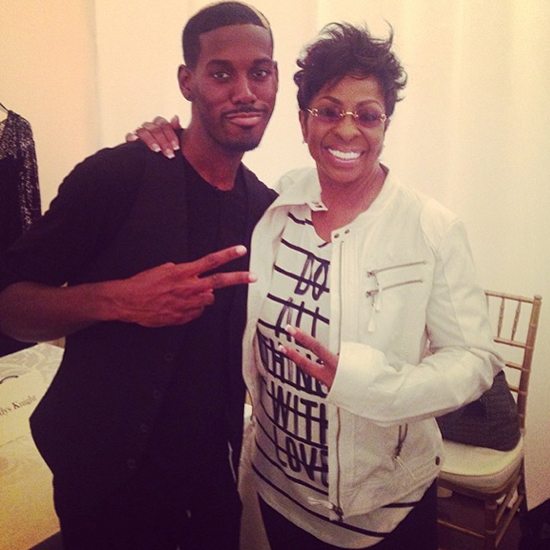 Brandon Avery Smith has got some amazing news to share with us. We’ve featured his gospel jam “Day 1” and his take on Miley Cyrus’ “Adore You” in the past, but now he’s flipping the script on us. This summer sees Gladys Knight snatching him out of her band of background singers and pushing him into a spotlight of his own. He’s taking on a new moniker, Avehre, and stepping out as an R&B artist with the help of the “Love Overboard” goddess herself.

Taking the leap from gospel to R&B as well as having a legendary soul star guiding you along the way must be a bit overwhelming, but Avehre is handling it quite well and his brand new single is certainly proof of that. “Can You Hear It” finds the young crooner calling out for his lover as their relationship is seemingly fading away. “Don’t walk into the light baby/Stay/You gotta fight it baby,” he sings passionately. Avehre's vocals are top notch, as always, and the sensual sound of the song fills in a void that Chris Brown has left wide open as he’s busy singing about disloyal groupies and rehabilitation.

As for Ms. Knight’s involvement, the seven-time GRAMMY Award winner has plenty of faith in this singer-songwriter as she was even graceful enough to allow him and his good friend JaVonté to pen a song or two on her forthcoming studio album Where My Heart Belongs. That’s right, our favorite alto is bringing some new jams of her own this coming September. Here’s to giving Avehre’s fresh new record a spin and keeping watch for more to come from his new venture with the lovely Gladys Knight.