John Legend Shows Women Just How Beautiful ‘You’ Are 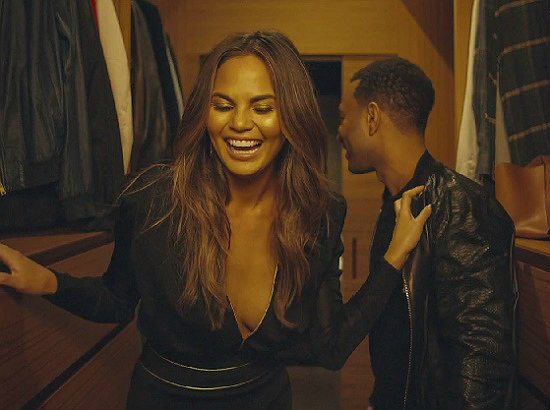 Crooner John Legend has been riding a nice little wave thanks to the success of Love In the Future's third single, "All of Me." But it looks like the set's fourth single, "You & I (Nobody In the World)" could be his next breakout hit. The romantic ballad just recently got the video treatment, and it's already gaining rave reviews for its message promoting the beauty of all women.

Though it features some recognizable stars, including John's wife, Chrissy Teigen, Tatyana Ali and Orange Is the New Black's Laverne Cox, the visual for the track is all about the everyday woman. As each stands in front of a mirror, we get a glimpse into their lives, whether they be professional women, women who have suffered great tragedy, mothers, daughters, little girls or old women, and see they're hopes, dreams and insecurities. We also see that, no matter their appearance, they each are beautiful in their own unique way.

It's a pretty touching, emotional clip that's sure to leave you with just a bit more appreciation for the amazing women in your life.