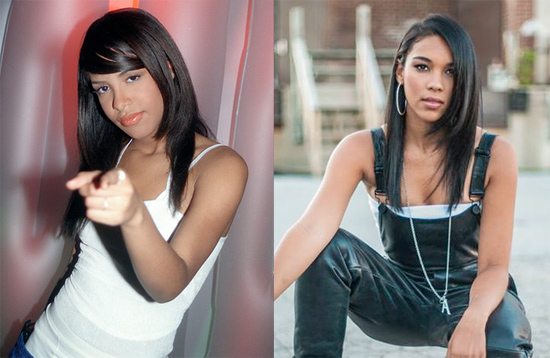 This morning on her daytime talk show, Wendy Williams had more to celebrate than her #Happy50thWendy birthday. In addition to her on-air fete, which included two performances by Chaka Khan who sang "I'm Every Woman" and "Ain't Nobody," Wendy had some big news to share with her in-studio and at-home audience.

The Queen of All Media announced that Lifetime's Aaliyah biopic, Aaliyah: Princess of R&B, had found a new leading lady to portray the fallen songstress after actress Zendaya Coleman backed out of the role due to "scheduling conflicts" (which is probably code for quitting due to the heated backlash she received after being cast). The role of Aaliyah will now be played by Alexandra Shipp, who at least looks the part, but we will see if she can fill Babygirl's shoes and bring the necessary street-but-sweet swagger that made her so legendary.

In addition to announcing Shipp's casting, Wendy's bombshell news didn't end there. Her company Wendy Williams Productions has been brought on board to co-executive produce the project with Debra Martin Chase. Williams assured all those watching that she would make sure to do this Aaliyah biopic right and will cover sensitive topics such as her marriage to R. Kelly and relationship with Damon Dash. There is no word on if her family is down with this new production, but with Wendy Williams' history of messiness, this revamped Aaliyah biopic may have just turned into must see TV.