Muhsinah Returns With ‘Cut Off’ 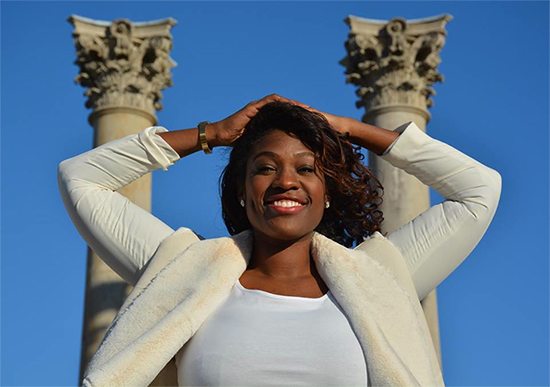 Washington, DC’s native triple-threat Muhsinah has been rather quiet for the past few years. While Giant Step’s Sonic Boom compilation graced us with the chance to hear a previously unreleased remix of her song “Let Me Out” earlier this year, she’s spent most of her time touring with The Weeknd and collaborating with the likes of Robert Glasper and Yoggyone. Well now she’s back pumping out new material and jumping back into the swing of things with a new single entitled “Cut Off.” The track, which she premiered with the Washington City Paper, continues where she left off with her signature production sound and finds the producer/singer/songwriter madly in love but fed up with her man’s games. Muhsinah takes this opportunity to express her love while also basically showing homeboy the door. “It’s true, when I say I’m done I mean that’s all,” she sings.

While “Cut Off” plays as the benediction for one relationship, it is an introduction for a new one with her listeners as she’s gearing up for the release of a brand new EP that she’s calling M. In celebration of her birthday, she is choosing to unleash M and invite all of her fans and friends to a party that will highlight her life and her many moods. “M is Muhsinah. It stands for my many moods — it’s a sonic mood ring really. But most of all it’s me,” she said of the forthcoming release. Jam with us to this stream of “Cut Off” as we await the release of M, which drops this coming Tuesday, July 29th.