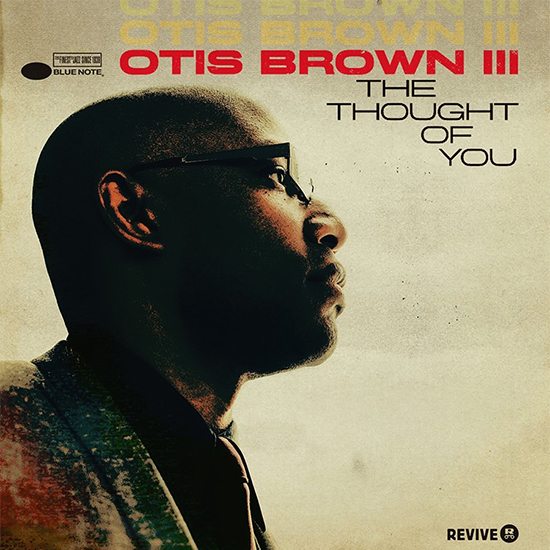 Otis Brown III has spent years blessing stages across the world as a drummer in the band of many of our favorite jazz artists from the likes of Esperanza Spalding, Terence Blanchard and Oliver Lake to Joe Lovano, and now with the help of Revive Music’s new partnership with Blue Note Records he’ll soon be releasing an album of his own. In celebration of his fourteenth wedding anniversary and to introduce us all to his forthcoming 11-track debut, Brown has chosen to share the lead single and title track, “The Thought of You - Part I."

This passionate jazz number, as well as the rest of the album, features a core band of his heavy-hitter friends and colleagues including Robert Glasper, Keyon Harrold, John Ellis and Ben Williams. Shining brightest on the first of this three-take title track would of course be Brown’s dear friend, stellar vocalist and SoulBounce favorite Bilal, whose voice swings and sways in tune with the instruments as this lovely little ditty progresses. “The thought of you clears my mind every time,” he sings, while Brown finesses the drums in the background.

Along with this all-star band of musicians and Derrick Hodge serving as co-producer, The Thought of You also includes special musical appearances from Shedrick Mitchell, Nir Felder as well as Gretchen Parlato and Nikki Ross stopping through for additional vocal features.

“The most special thing about working with Otis is simply the joy he gets out of playing music; it’s all over his face like a little kid,” says Robert Glasper. With an award-winning cast of friends and peers willing to back and participate in the releasing of his debut album, it’s already clear that Brown is bringing something special, and you won’t want to miss out on it. Head over to iTunes now to pre-order Otis Brown III’s The Thought of You, which will officially be released on September 23rd, and you’ll be immediately blessed with a download of this stunning title track.