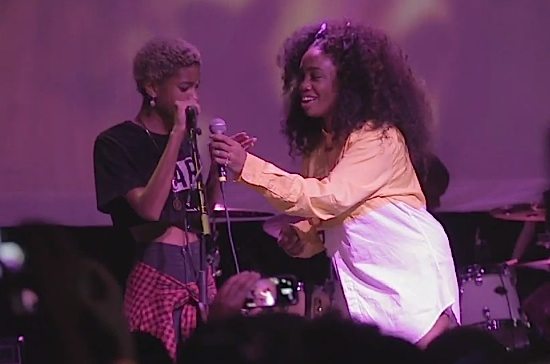 Last night AfroPunk gave New York City a preview of what’s to come during their annual festival later this summer with their curated Red Bull Sound Select concert. Featuring artists like Cakes Da Killa, denitia and sene. and SZA, the AfroPunk crew brought out some of the finest talent that they could find for a night of jams hosted by the lovely Kimberly Nichole.

The night got turned up a bit when TDE’s young goddess SZA graced the stage and brought out an even younger unexpected friend, Willow Smith. Having just blessed the people with a divine duet with Jill Scott last week, it seems that SZA is just getting started but is already on the right track with her collaboration choices.

As for the specifics of this amazing moment, SZA and Willow performed a yet-to-be-released gem entitled “Domino.” The song seems quite simple and even a bit repetitive, but it allowed them both to showcase their brand of freestyle vocals and play off of each other’s vibes. Who would’ve thought that “Whip My Hair” would eventually lead Will & Jada’s baby to such a place of artistic freedom at the tender age of 13?

In case you have been living under a rock, along with the likes of Cakes Da Killa, denitia and sene. and SZA, this year’s AfroPunk Festival lineup includes many of our favorites like Lianne La Havas, Meshell Ndegeocello, The Internet, Alice Smith, THEESatistisfaction and, YES, D’Angelo. Head over to their website to RVSP and solidify your chance to attend the free festival, which takes place in Brooklyn’s Commodore Barry Park on August 23rd and 24th, and I’ll see you there. 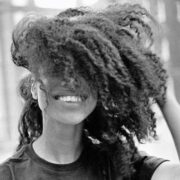 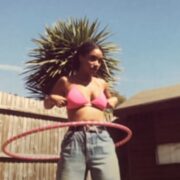