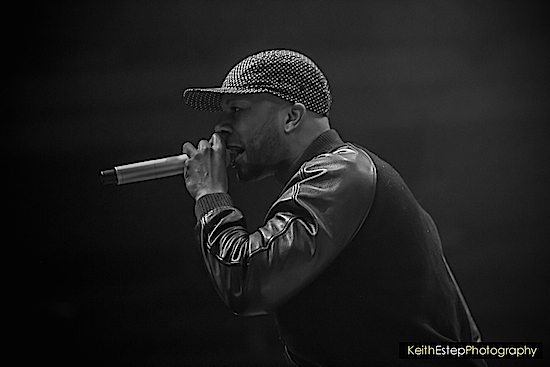 Common is getting ready to release his tenth studio album on Tuesday, July 22nd when Nobody's Smiling finally hits the streets. That's not all that the hip-hop superstar has to look forward to, with a big album release concert scheduled to take place in New York City the night of Monday, July 21st. What makes the Nobody's Smiling album release show such a big deal is that it is not only a free concert, but it will also be live streamed on the internet via Yahoo! as part of their new Yahoo! Live project in conjunction with Live Nation.

For those who want to be in the building for the Nobody's Smiling NYC release concert, the scene will be set at the Gramercy Theatre in Manhattan. Admission is free, but attendees will need to secure a wristband prior to the concert in order to gain entry. The designated times when wristbands will be given out at Gramercy Theatre (located at 23rd Street and Park Avenue) are Friday, July 18th at 10 AM and Monday, July 21st at 10 AM on a first-come, first-served basis.

For all you Common fans not in the NYC area who still want to get the experience, you're in luck thanks to Yahoo! Live, which will live stream this concert online. This show is one of 365 concerts that will be webcast live every night for the next year via Yahoo! Live. The concert series kicked off this week with Dave Matthews Band and will feature a variety of acts with something for everyone's musical tastes. Upcoming concerts by Jurassic 5 and Wiz Khalifa are currently scheduled with shows by Justin Timberlake, Usher and John Legend on the horizon. But for right now, it's all about Common!

SoulBounce will be in the house at Gramercy Theatre for this concert courtesy of Yahoo!, so be sure to follow us on social media for updates and commentary throughout the show on Facebook, Twitter and Instagram. Tune in to Common's Nobody's Smiling NYC album release concert on Yahoo! Live via Yahoo! Screen on Monday, July 21st starting at 9 pm EST. 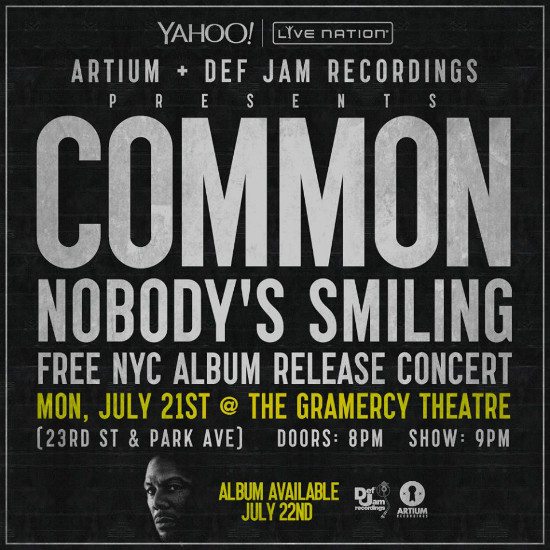