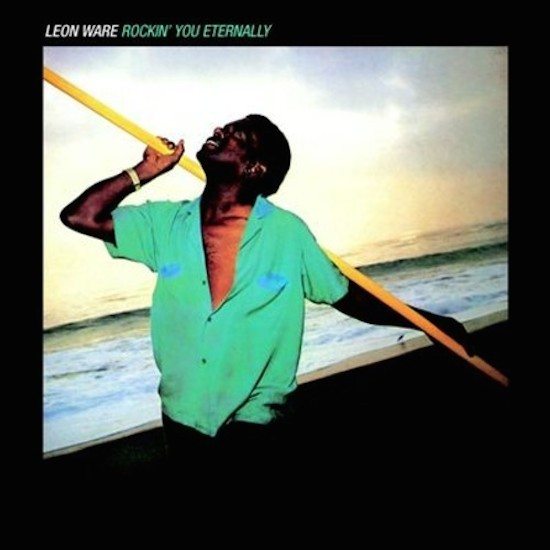 A few weeks ago, I found myself in a dive bar in New Orleans grooving and busting a serious sweat alongside members of The Foreign Exchange who were in town for a show. Though the ultimate goal for the night was to hit Bourbon Street, we took a detour to check out DJ Soul Sister's all-vinyl set at the behest of a fellow music lover. Each time we'd make our way to the door, Soul Sister would pull us back to the dance floor by dusting off yet another jam. This went on 'til around four in the morning. Just when we thought it was finally safe to make our exit, we were pulled in one final time, by a lushly soulful number that we would later find out was Leon Ware's "Rockin' You Eternally." While I had been familiar with the song through Jazzanova's 2008 version from their Of All Things album, I had never heard the original, taken from Ware's 1981 album of the same name.

Fast forward to this past weekend and the rare gem has made its way onto my radar for the second time in as many weeks, thanks to a reworking of it courtesy of Soulpersona. On his remix, SoulP sticks pretty closely to the song's original composition, maintaining the simplistic sensuality that pervaded Ware's original. While the strings and flutes remain intact, Soulpersona disassembles the vocals, removing much of Ware's vocals with the exception of the seductive hook. Throw in some Rhodes courtesy of frequent collaborator Carl Hudson and you have a delightful revisiting of Ware's signature brand of romantic R&B.