Yuna Stages A Colorful ‘Come Back’ 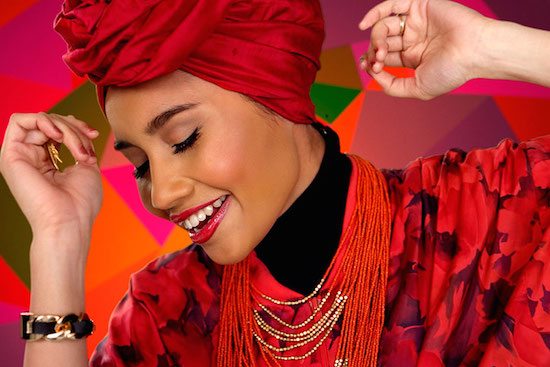 Fresh off a set of dates supporting Maxwell on his Summer Soulstice Tour and currently on her own tour, singer Yuna returns with visuals for her latest video, "Come Back." The clip is a colorful to this equally whimsical, upbeat song. In the Adam Patch-directed video, Yuna is a vision in white as she works diligently to assemble an IKEA-esque contraption called "The Come Back Machine." Though her shadow casts prisms of color behind her, both she and the room are blindingly white. It isn't until she completes the assembly and opens the door that the color spreads beyond the shadows. Inspired by the works of illustrator Jason Ratliff, Patch says he wanted the video to capture the song's message in a unique way. "I wanted to find a visually interesting way to show this inner conflict and duality and I thought that the idea of using a shadow seemed appropriate. It's a mirror image of yourself, but still different," he explains. The video is the third taken from Yuna's 2013 album Nocturnal.

Catch the optimistic beauty as she continues on her US tour this summer. If you happen to be Santa Monica, California on July 17th, then you'll have a chance to check Yuna out for free when she performs as part of the Twilight Concert series at Santa Monica Pier alongside SB faves KING and Anthony Valadez.