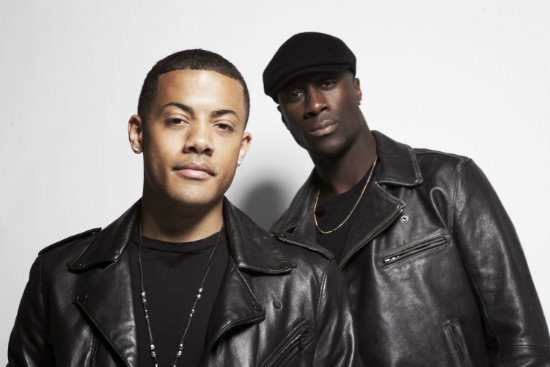 Afro-Norwegian newcomers Nico & Vinz burst onto the scene in a big way this summer with their hit single, "Am I Wrong." The song reached the top spot at US radio last month, has been the #1 most Shazam'd song for the past eight weeks and is currently residing in the top five on Billboard's Hot 100 chart. Continuing on their quest for total world domination comes news that their debut US album, Black Star Elephant, is to be released on September 16th on Warner Bros. Records. The 20-track album promises more of the same unique fusion of African and Norwegian-inspired sounds that shot "Am I Wrong" to the top of the charts in the first place. Black Star Elephant is currently available for pre-order on iTunes.

In addition to readying their debut, the duo is also poised to showcase a different side to their sound with their new song, "Find A Way." The song was inspired by an advance screening of the upcoming film The Good Lie, which focuses on the story of The Lost Boys of the Sudan and follows a group of refugees as they adjust to life in America. "Find A Way," which features one of the film's co-stars Emmanuel Jal, is featured in the film's trailer ahead of its October 3rd release date. The song will also appear on the film's soundtrack, which is due out on September 30th.

Leading up to the releases of both their debut and The Good Lie soundtrack, Nico & Vinz will continue spreading their sounds with a set of high-profile television appearances, starting with their September 9th performance during Fashion Rocks. The two-hour special is set to air live on CBS from the Barclay's Center and will also feature performances from the likes of Usher, Jennifer Lopez, Rita Ora and Duran Duran. They'll then head over to the West Coast, where they will perform their hit "Am I Wrong" on The Ellen DeGeneres Show on September 15th before dipping over to Bloomington, MN where they will give a free performance as part of the Hard Rock Cafe Mall of America's grand opening event.