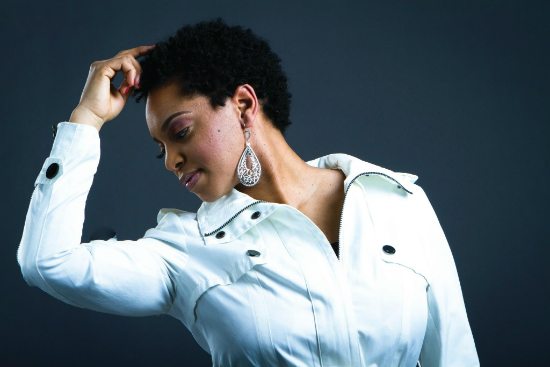 Trayvon Martin. Jordan Davis. Michael Brown. It seems as if you can't turn on the news without hearing about some senseless tragedy involving a young African-American male at the hands of everyone from law enforcement to other young African-American males. The lives of Black boys are seemingly undervalued in today's society, but singer, songwriter and musician Angela Johnson is here to let them all know how cherished, loved and important they are in her new song "Black Boy Lullaby."

Written, produced, arranged and sung by Angela, "Black Boy Lullaby" isn't "your average, run-of-the-mill lullaby," but it is a clarion call for Black boys to stand tall, be proud and to not live in fear. Sung from the point of view of a mother writing a letter to her unborn son, Johnson encourages this young king to never let anyone dull his light but to be aware that there are some out there who may harbor ill will toward him for no other reason than the color of his skin. Angela's impassioned lyrics are punctuated by her soulful delivery, gospel style harmonies and a bluesy Hammond organ.

The song builds to a chorus of Angela and her background vocalists singing the word love over and over again in a powerful outro that serves as a testament to what the world needs more of. "Black Boy Lullaby" isn't just music, it's ministry.

If you're in the New York City area and would like to hear Angela Johnson sing this song and others from her new album, Naturally Me, live, you'll get the opportunity tonight at her album release concert at Blue Note. Naturally Me will be released on Tuesday, August 19th.